So this little trip was taken in April of 2014.  It started in Spotsylvania, VA.  I rode out to Culpepper then to Sperryville, VA and went up to Skyline Drive.  I rode Skyline drive all the way up to Front Royal, VA and took 66 East all the way to Washington, D.C.  When I arrived in Washington, D.C. I took the time to wonder around the different memorials.  I’ve lived around Washington, D.C. the majority of my life and I can say that this was the first time that I have ever walked around the memorials by myself.  It was actually quite nice if I recall.  It actually makes me want to go back now that I’m thinking about it.  Shown below is the bike that I rode on.  Lucille.  My Road King Classic.  Oh how I miss Lucille.  I named her after BB Kings guitar.  To me it only seems fitting.  BB King- Road King.  Get it….  I actually sold Lucille on another trip and randomly bought another bike…..and that is another story yet to tell. 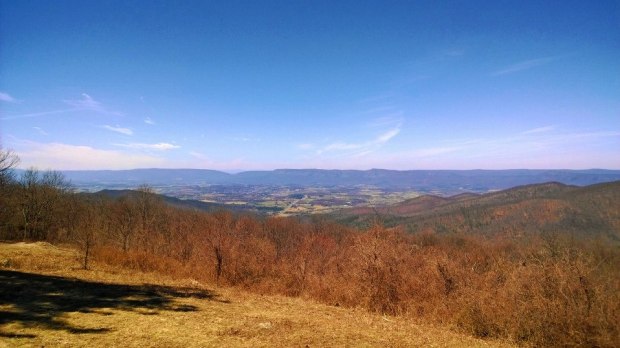 You guessed it. Another overlook on Skyline Drive 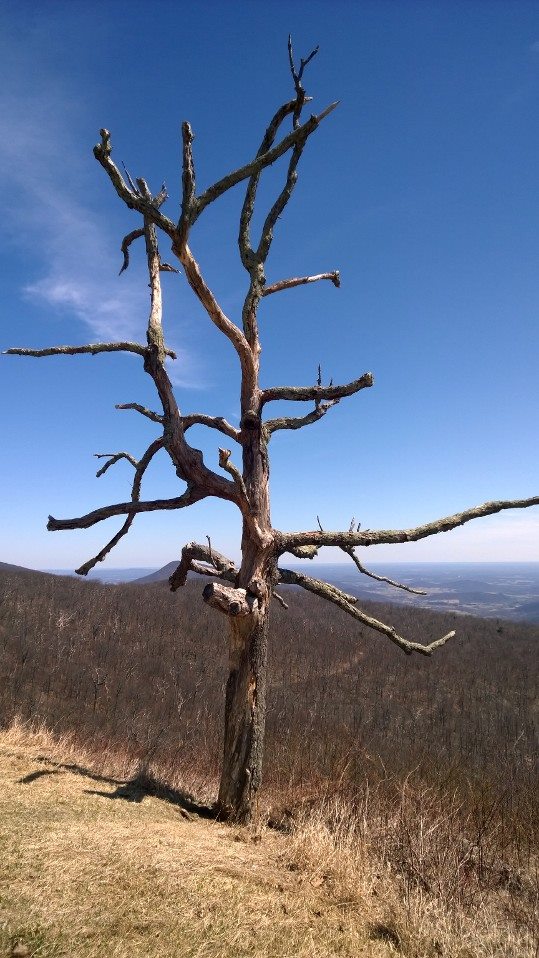 I saw this interestingly dead tree. It seemed to be standing all by itself

This is right off of Skyline Drive. I stopped at the 7-11, parked and just read a book on my phone. Honestly it was therapudic

A nice old car that drove by. Lots of times people drive their nice cars on Skyline Drive. Skyline drive is a long stretch through the mountains and the speed limit is only 35mph and has amazing views 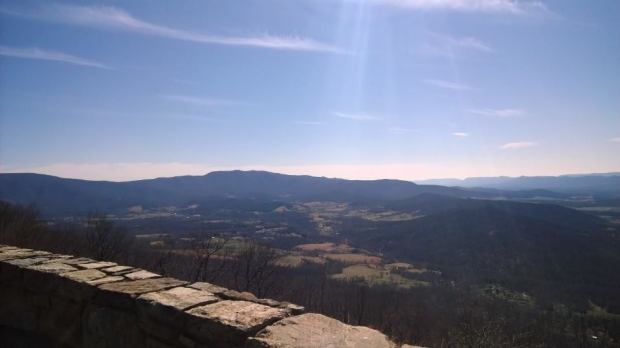 This is a rest area off of Rout 66 East heading towards Washington, D.C. A Mans gotta hit the rest room!

The Korean War Memorial. This Memorial definitely captures the soul

Freedom is Not Free 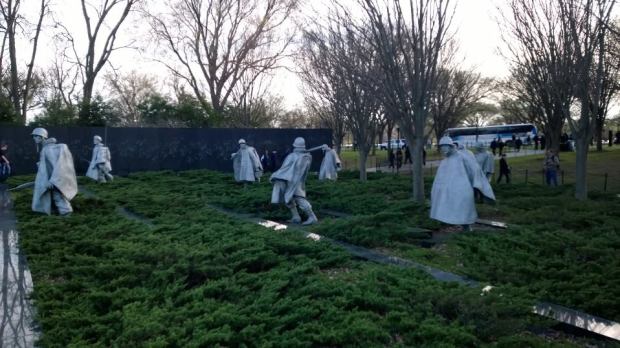 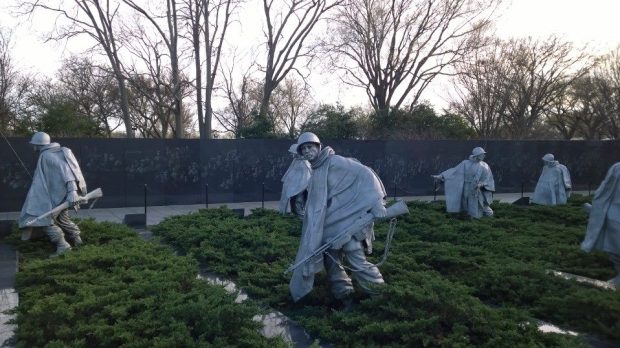 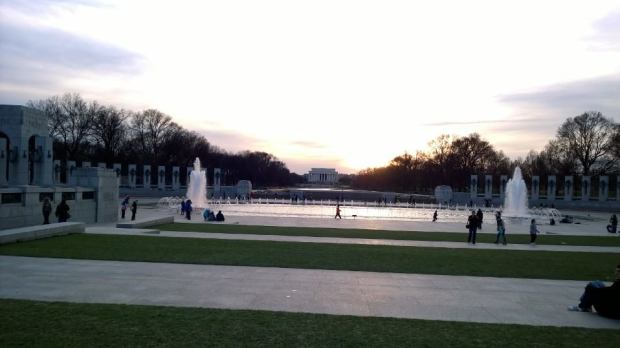 View from the WW2 Memorial 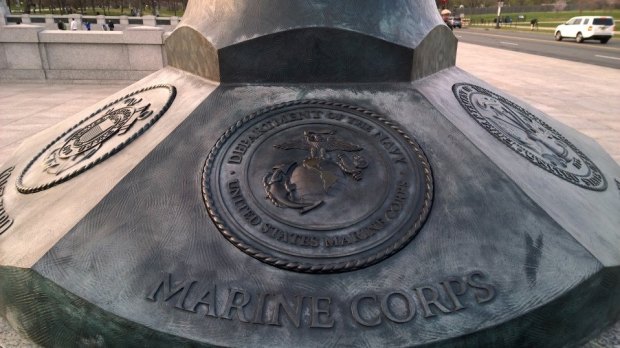 Had all the branches of service.  But this of course is my favorite.