Chancellorsville Battlefield is located in Spotsylvania, Virginia and was a battle fought during the United States Civil War.  Today Chancellorsville battlefield is a park owned by the Nation Park Service which provides a nice walk, a few signs with information on the battle, a good opportunity to enjoy the area, and some nature. 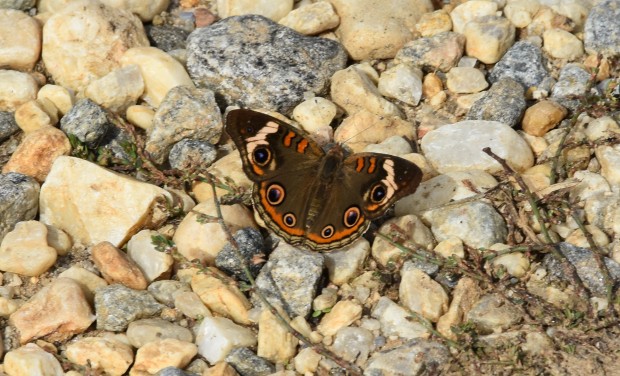 One of my favorite things I saw on my walk was this butterfly.  I’m not sure exactly what it is but as you can see it is a beautiful creature.  It is amazing to get a close up of earth’s creations and observe how a masterful hand imagined and crafted this creature of orange and brown.  As I approached her she was paralyzed and then acquiesced that I was advancing.  In the end she elegantly flew away as if on a journey of her own. 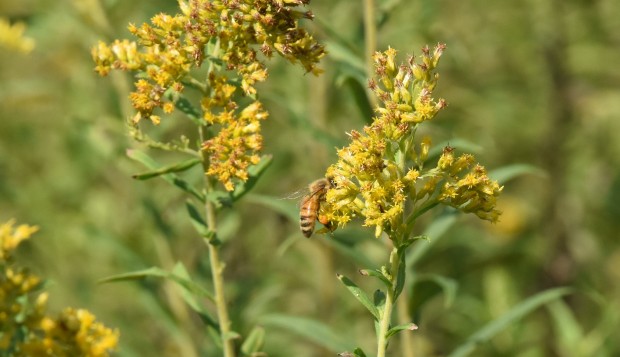 My very first encounter with Rag Weed.  The famous weed that wreaks so copious amounts of havoc on people and your weed wacker, yet ironically this weed is  a great provider for many.  Think about that bee having its afternoon snack on the nectar of the plant.  He’s busily working away to bring home the raw materials that will keep his species alive for this season and secure its livelihood well into the next.  This weed, however painful for many is a part of a greater plan of nature that is the provider for so many.  Let’s take a different view and think out of the box.  Due to this plant and the issues that it causes humans have developed so many different drugs to combat the allergies that it causes.  From those allergies entire  industries have been created, research has been completed and drugs distributed which has literally created an entire economy right around this little pesty plant.  Taking a different mindset it is hard to determine if Rag Weed is good or bad.

No matter where you go almost no matter how remote it’s hard to escape the images of mans presence in the world.  Even with this massive electrical line lets view it for its architecture and beauty.  Imagine it as a man standing tall holding great vines that extend across the earth.  The vines exist to carry nutrients to needed places throughout the land much like blood carries your oxygen through your veins.  This man is very sturdy due to his creator and leveraging strong geometries like the triangle much like the Egyptians leveraged the pyramid 1000’s of year ago.  Appreciation of this picture is about your perception and imagination.  Look beyond what it is and build a different story around it.

Here is a perfect example of why I’d like to be cremated as apposed to being buried.  I guess at the end of the day it is your preference.  For me I don’t want to be a tombstone in the middle of a battlefield that is looked upon generations after my death without a story.  I wouldn’t want to be posted on someone’s blog as a part of their suburban adventure through a Civil War battlefield.  It’s all about personal preference.  After a generation or maybe two I will be long forgotten.  So why be buried?  Again all personal preference.  Here you will find some people that fought at the Battle of Chancellorsville.  I do hope they rest easy. 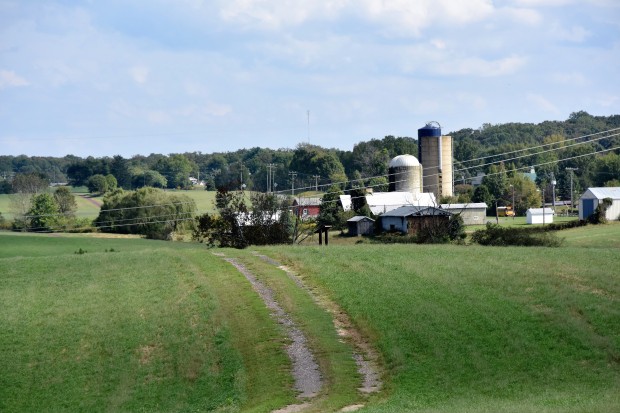 Here is a great view of part of the walk.  In total I believe it is about 3 miles long. 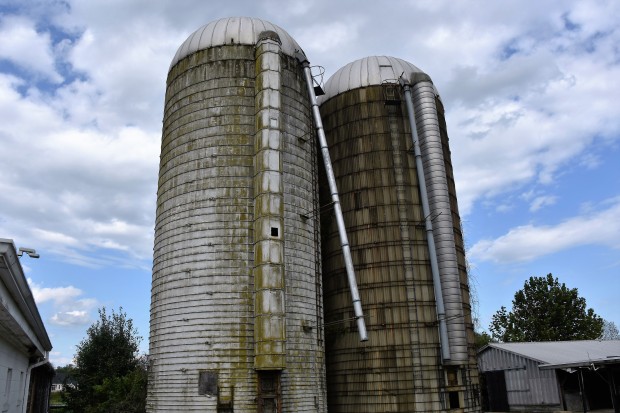 Here is a close up view of the silo’s at the barn.  Now these were not a part of the Civil War but interesting to look at nonetheless.

Here is a different view of the silo

Here I have to imagine sometime in the last 10-30 years this was a vibrant place to be on a weekend.  People would be moving through here buying local produce, maybe strawberries during the summer, tomatoes when they’re ripe or pumpkins during the fall.  I know I’ve taken my daughter to this farm years ago to go on a hayride and the farmer who I believe had the last name of Mullens.   Farmer Mullens loved to take kids on hayrides so they could go out into a pumpkin patch to pick their own pumpkin.  When I peeked inside one of the barns I even saw the stairs he used to use to have people step up on to the trailer that pulled all the visitors.  Sadly this area not only represents the end of the Civil War but it also symbolizes the end of an era.  No longer will we be getting pumpkins or produce from Mullens farm.  Now we just walk a battlefield and also view the new home construction on Route 3.  Fredericksburg and Spotsylvania, Virginia are continuing to transform as the DC sprawl continues out into the land that old farmers have owned for many decades.

I hope you enjoy the pictures, my imagination and the adventure.